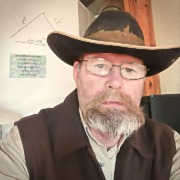 Erik Tucker has been ranching in Southeast Colorado since his early 20s, and although he didn’t grow up on a ranch, he has long felt  that the old way of ranching just wasn’t working. He likes to observe the sunshine, rain, and natural processes of the world that culminate in pastures and healthy cattle. He knows livestock didn’t always need so much handling, especially when bison freely roamed the area. He often thinks about those times and wonders if they can be recreated in their efficiency.

A meeting with Allan Savory, co-founder of Holistic Management International and founder of Savory Institute, confirmed what Tucker’s intuition told him all along: there is a way to ranch that promotes economy AND ecology, never one at the expense of the other. To accomplish that, Tucker makes sure three components are in order: stockmanship, grazing, and marketing. Tucker believes that if you invest in these three things, you’ll receive dividends that pay over a lifetime.

The idea of proper stockmanship originated from Bud and Eunice Williams, creators of what BeefProducer called one of the most important innovations in 2011 (along with barbed wire and antibiotics) (Williams, 2022). In essence, Tucker says proper stockmanship is about getting the cattle to the right place at the right time for the right reasons. If a rancher understands what livestock want, could, and probably will do, they can get the animals to respond how they want them to, more often. The result is less stress on the animals and handlers, and more time for everything else.

Appropriate grazing management is key to meeting your ecological goals, says Tucker. While he uses the principles of planned grazing, he says one’s specific context should ultimately drive decision-making. In fact, he thinks context is so important that he (and others) would like to add that as the sixth soil health principle. No two pastures are the same, let alone two ranches, so they should be observed diligently and acted on accordingly. By practicing proper grazing management, a rancher can catch and hold more water in their soil, leading to more dense and diverse pastures. Visit the Soil for Water Forum to read how others are catching and holding more water in their soils.

Proper marketing is what brings the entire operation together and makes the engine move forward. Tucker is adamant that a rancher creates value by investing his time, effort, and energy into improving a product or service. The more skillfully a farmer does that, the more value that is created. Good marketing tells the story of that value, the story of that producer’s time, effort, and energy; it tells the story of why balancing economy and ecology is the responsibility of each of us, producers and consumers alike. This can no doubt lead to bigger margins.

Sometimes economical decisions take precedence over ecological ones, or vice versa, but neither should be made at the expense of the other. Tucker suggests that all new producers first understand  why they want to get into the agriculture business. Then, he urges us to understand our context. There are already plenty of resources like the Soil for Water Network and its partners that can help new, transitioning, and established producers understand and work within the ecological limits of their land. There’s no end to better, as Bud Williams says. It takes the development of one’s intelligence, skills, and commitment to their work. Tucker reminds us that setbacks are good because they serve as a sign of what is broken and where to go next. That process adds value to an operation. As chiefs of whatever land we may be on, we can make sure every decision we make relates to the welfare and well-being of generations to come (Vecsey and Venables, 1980). 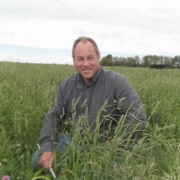 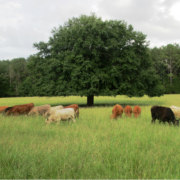 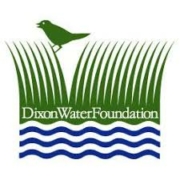 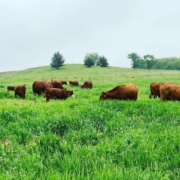 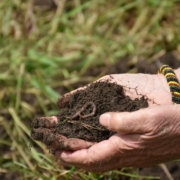 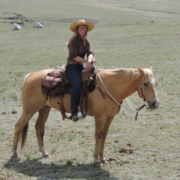 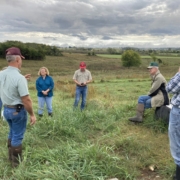 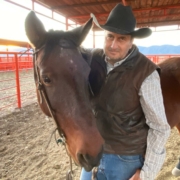